In this project we develop a quantum interface between microwave and optical photons as a key enabling technology of a hybrid quantum network. In such a network, the robust optical photons carry quantum information through optical fibres over long distances, while superconducting microwave circuits protected from thermal photon noise by the low temperature environment of a dilution refrigerator function as quantum nodes, providing memory, processing and routing capability. Our work includes developing an integrated, microfabricated device that interfaces the fragile microwave photons and with optical photons through either individual or ensembles of three-level solid-state quantum emitters, such as nitrogen vacancy (NV) centers in diamonds. In addition, we are developing novel quantum memory and repeater designs. Here the device itself could serve as an optical quantum memory, storing information in the ground states where we may perform quantum control via a microwave circuit. It could also serve as a specialized quantum node. Entangling operations between remote superconducting circuits can be performed for repeater operation. Finally, we will also develop an efficient microwave photon detector that works by converting microwave photons into optical photons, which can then be efficiently detected with existing technology. 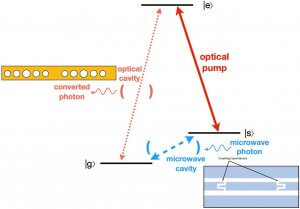 Figure 1. Microwave to optical conversion with a three level quantum emitter coupled to a microwave stripline cavity and an optical, e.g. a photonic-crystal, cavity: A microwave photon couples the two ground states |g> and |s> of a three-level quantum emitter with the help of the microwave cavity. The conversion is then completed through an optical pump and an enhanced emission into optical cavity coupled to the transition between the excited state |e> and the ground state |g>.

Summary Trapped ions are one of the most advanced technologies for quantum computing, offering multi-qubit control in a universal quantum computing architecture and the ability to perform calculations with unprecedented precision. In this project we construct a shared trapped-ion quantum computing platform, QuantumIon, that will enable a broader and interdisciplinary scientific community to access an […]

Summary   The Quantum Encryption and Science Satellite provides a platform to develop and deploy quantum sensing and metrology via photonic channels. This project will build upon ‘free-space’ quantum communication technology and explore new approaches and methods to advance two primary applications: quantum-enhanced telescopes, and spectroscopic sensing for methane detection in the atmosphere. For the […]

Summary  Superconducting quantum computers require quantum-limited measurements at microwave frequencies in order to implement error correction. Conventionally, this is accomplished using near quantum-limited Josephson Parametric Amplifiers (JPAs). The JPAs require bulky ferrite-based circulators that prevent on-chip integration of the amplifiers with the processor and take up the majority of space and cooling power in the […] 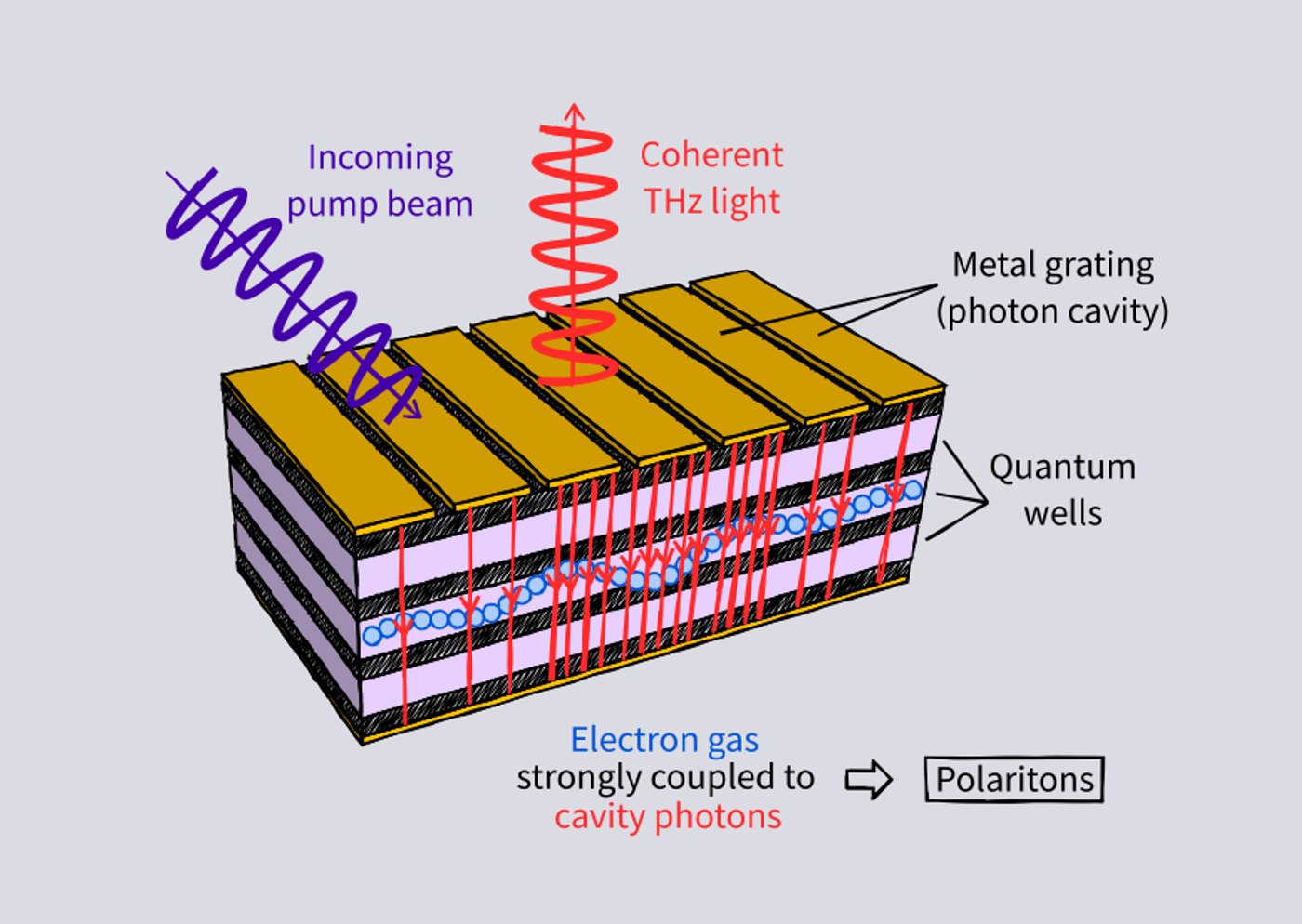 Theoretical and experimental results show that the polariton lasing mechanism is a promising basis for a compact, efficient source of terahertz radiation.