Quantum machine learning and artificial intelligence, quantum-safe cryptography, and simulation of quantum systems all rely on the power of quantum computing.

A team of Waterloo physicists at the have taken a step closer to realizing the powerful possibilities of a universal quantum computer. Department of Physics and Astronomy Prof. Matteo Mariantoni leads the Laboratory for Digital Quantum Matter and is developing technologies for extensible quantum computing architectures based on superconducting quantum devices.

The source of the quantum information in the superconducting quantum circuit is the qubit. The qubit is similar to an electronic circuit found in a classical computer that is characterized by two states, 0 or 1. However, the qubit can also be prepared in superposition states – both 0 and 1 at the same time – made possible by quantum mechanics.

Quantum mechanical states are fragile and interact easily with their environment. As a result, qubits cannot store information for very long times; the interaction with the environment in the circuit eventually causes the bit to decay, transitioning from one state to another in a random, unwanted fashion. These errors must be mitigated to implement a universal quantum computer.

The team of researchers developed a new way to protect superconducting quantum circuits from environmental interferences, such as electromagnetic fields. They used an etching technique to carve a network of tunnels into the surface of a silicon wafer. These tunnels were then metallized and bonded above the superconducting quantum circuit, individually encapsulating each element of the circuit.

“The tunnels isolate on-chip devices from one another as well as the surrounding environment,” explained PhD candidate and lead author Corey Rae McRae. “The new bonding technique we developed allows us to add a second layer to our quantum circuits with high alignment precision and strong adhesion.”

This work builds on the recent release of the quantum socket, a three-dimensional wiring technique that uses spring-loaded pins to address individual qubits. The quantum socket connects classical electronics with quantum circuits and has already experimentally demonstrated control of superconducting devices.

“We are working on a quantum computing architecture that uses chip-to-chip bonding methods in conjunction with the quantum socket wiring technique,” explained Mariantoni, who is also a faculty member with the Institute for Quantum Computing. “We believe this approach will significantly improve qubit quality and addressability.”

The successful experimental demonstration of the new bonding technology is the latest step by the team, and the results, Thermocompression Bonding Technology for Multilayer Superconducting Quantum Circuits, were published in Applied Physics Letters on September 18, 2017. 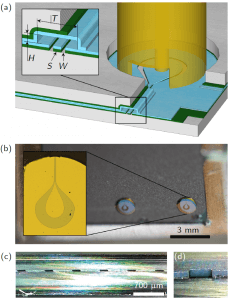 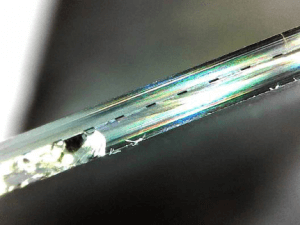