Waterloo researchers work in experimental quantum physics and quantum engineering has led to a number of startups.

There are untapped resources waiting to be mined deep in the heart of nature, at the quantum level where atoms, molecules, photons and electrons interact. It is a richer realm of the natural world where the sometimes strange and counter-intuitive rules of quantum mechanics operate.

But to really be able to use those resources, we need to build devices that preserve quantum properties where noise reduces quantum information to conventional classical states. This involves engineering information at the nanoscale.

David Cory, a physical chemistry professor in the Faculty of Science and Canada Excellence Research Chair Laureate in Quantum Information Processing, is a pioneer in this cutting–edge field. 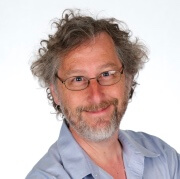 He leads an experimental research lab at Waterloo’s Institute for Quantum Computing (IQC) where his team develops quantum sensors and actuators, devices that in themselves have practical uses in areas like navigation and biomedicine, but will also form the building blocks for future quantum computers and other technologies that we have only begun to envision.

Take for example individual nitrogen atom defects in diamond. These can be controlled as magnetic sensors, and deliver atomic resolution and single atom sensitivity. Applications range from mapping the Earth’s magnetic field to chemical sensors for health and environmental monitoring.

Cory’s group also works with phosphorus defects in silicon crystals. These function as exquisitely controllable quantum systems with few noise sources and may serve as a building block for navigational tools, ranging from microscopic yet high precision gyroscopes to vectored magnetic field sensing.

One further example may be drawn from superconducting microwave electronics. These versatile quantum systems can be engineered to meet complex and tailored requirements. A promising application includes their use as tools for biomolecular structure determination with much higher sensitivities than are otherwise available. Furthermore, superconducting quantum processors move us along the path to a general-purpose quantum computer. For example, hybrid quantum processors which combine superconducting circuits with ordered arrays of molecules to form a simulator of quantum materials.

Cory’s team works with a range of physical systems and collaborates extensively with partners across Waterloo’s Quantum Valley ecosystem. Such a unique setting acts as a powerful accelerator for device development with local access to multi-disciplinary expertise, fabrication facilities and venture capital. This environment not only provides tools for fabrication and testing of quantum devices, it also enables their impactful deployment through a shared ecosystem that includes industry, startups , not-for-profits, and academics.

Cory’s work in experimental quantum physics and quantum engineering has led to a number of start-ups and is already being used in a range of applications, from the medical field to the oil industry. His ongoing work at Waterloo will help reveal the exciting potential of the quantum future.