The Honourable Kirsty Duncan, Minister of Science, announced the recipients of the second competition of the Canada First Research Excellence Fund (CFREF) during a ceremony at the University of Waterloo today. Thirteen initiatives across Canada will share $900 million in funding including $76.3 million for the Transformative Quantum Technologies program.

“Quantum devices and computing will revolutionize technology as we know it,” said Feridun Hamdullahpur, president and vice-chancellor of Waterloo. “Waterloo is a global leader in this critical research area, and the funding announced today will help ensure Canada’s role at the forefront of world-changing discovery.”

The Transformative Quantum Technologies (TQT) program will tackle three grand challenges in quantum research: to develop a universal quantum processor, quantum sensors and long-distance quantum communications. Under the direction of Professor David Cory, Canada Excellence Research Chair in Quantum Information Processing at Waterloo’s Institute for Quantum Computing, TQT will aim to connect academic research with industry applications in a variety of fields. CFREF will contribute $76.3 million to this initiative of more than $140 million.

“Quantum mechanics enable devices that are otherwise impossible in the classical world, and these revolutionary devices will transform the way we interact with and learn about the world,” said Cory, also a professor of chemistry in the Faculty of Science at Waterloo. “Transformative Quantum Technologies aims to develop new quantum technologies and to connect quantum devices to applications spanning the fields of medicine, health, navigation, environment, materials and others.”

CFREF invests in areas where Canadian post-secondary institutions can become global leaders in their fields of key research strength. Selection for funding followed an open competition among Canada’s post-secondary institutions that was judged by a panel of Canadian and international scientific experts. The inaugural CFREF competition was divided into two parts, with the first one announcing more than $350 million in funding in 2015. 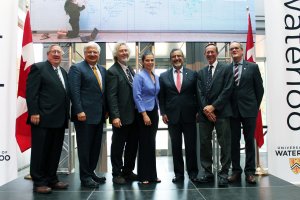 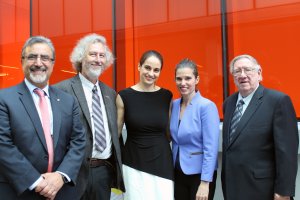 Information about each of the 13 funded initiatives from today’s announcement is available on the CFREF website.