A new platform for quantum simulation

A new platform for quantum simulation

A platform based on trapped atoms lays the groundwork for a broad range of quantum technologies and fundamental quantum research. 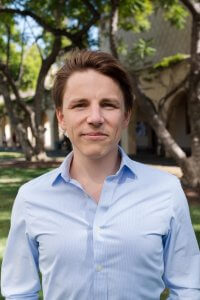 Cooper-Roy says the demonstration is a proof-of-concept for the platform. It can be used to build quantum simulators, quantum computers, or quantum clocks with unparalleled accuracy and stability.

A previous platform using simpler atoms has been used in quantum experiments for years. Thanks to new technology and advanced experimental design, this platform uses more complicated atoms that allow for greater quantum advantage.

While trapping these atoms in multiple optical tweezers—a large collection of focused laser beams—the researchers were able to excite them to a special state called the Rydberg state to create useful entanglement between the atoms. Using entanglement opens the possibility to make gates for a new kind of quantum computer based on atoms.

Detecting these Rydberg atoms usually requires pushing them out of the traps. Instead, the researchers developed a new method, which allowed them to detect Rydberg atoms more accurately.

“This breakthrough brings a lot of confidence to the field and marks a clear path forward for quantum metrology [measurement] technology and quantum information processing platforms,” said Cooper-Roy.

Cooper-Roy and his team plan to build a world-class quantum simulator at the university using the new platform. By simulating systems of interacting quantum particles, it will be possible to study quantum phenomena inaccessible to a classical computer.

“There are only a few groups in the world using this kind of setup, and we’re bringing these cutting-edge techniques to Waterloo, which takes us to the next level,” said Cooper-Roy.