TQT is pleased to have supported a fourth year of Quantum Innovators in Science and Engineering. The workshop held this fall at the University of Waterloo hosted 26 promising young researchers from around the world in quantum physics and engineering. The group represented 20 institutions and was comprised of roughly equal gender. Each participant gave short presentations, with topics ranging from quantum thermodynamics of complex systems to entanglement in Rydberg atom arrays. As part of the workshop TQT hosted lab tours in the Research Advancement Centre, a number of short presentations, and a barbecue to promote informal networking amongst their peers.

The Quantum Innovators workshop is supported by Transformative Quantum Technologies thanks in part to funding through the Canada First Research Excellence Fund  (CFREF). 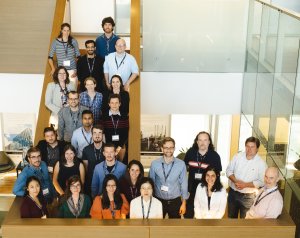