From June 3rd to 6th, students from the University of Waterloo attended the annual week-long Canadian Graduate Quantum Conference, held this year in Sherbrooke, Quebec. The conference featured research talks by students primarily from quantum CFREF programs across Canada. On the opening day, Joseph Emerson, IQC faculty member, gave an introductory talk about TQT. Entrepreneurship, diversity and communications workshops took place throughout the week to aid in networking and to give participants the opportunity to form connections.

Archana Tiwari, who presented on the observation of non-linear hall effect in two dimensional MoTe2

Meenu Kumari, who presented on untangling entanglement and chaos

Kristine Boone, who presented on randomized benchmarking under different gatesets

Joshua Ruebeck, who presented on how epistemic interpretations of quantum theory have measurement problems

Aditya Jain, who presented on asymmetric broadcasting of quantum correlations

Jeremy Bejanin, who presented on efficient TLS detection and estimation in superconducting qubits

Jeremy Flannery, who presented on single-photon switching inside a polarization-selective cavity

Nairong Hou, who presented on ESR characterization of LB film

Shayan Majidy, who presented on Violation of augmented Leggett-Garg inequalities with continuous

Soumik Ghosh, who presented on the Complexity theoretic bounds for quantum classical games

Stefanie Beale, who presented on New and rigorous methods for decoding errors

Each panelist shared their research and participated in a follow-up discussion and Q&A after their presentations. We are grateful to all the presenters for sharing their expertise and knowledge, and for fostering an inspiring experience. TQT is also grateful to those who organized the conference and made it enjoyable and educational to all those who participated. 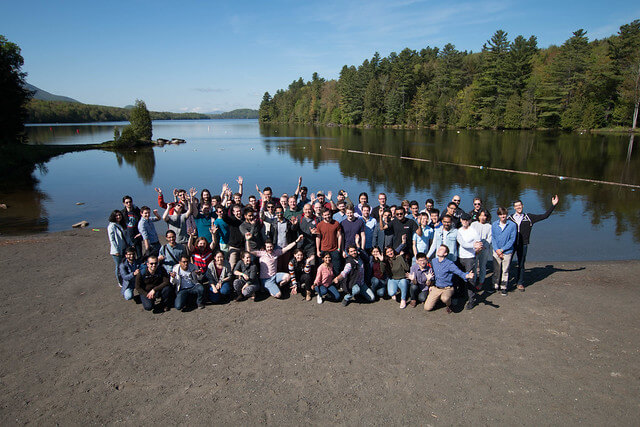